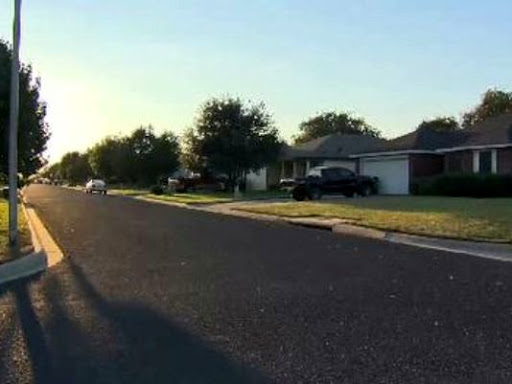 GEORGETOWN, Texas -- Hundreds of homeowners in the Crystal Knoll Terrace area of Georgetown are worried they could be forced out of their homes.

JB Mortgage Company is suing the homeowners, claiming they don't own the land because there's still a lien to be paid.

"It's not a pleasant situation to have your granddaughter come up and ask you, 'Papa are we going to have to move?'" said Mike Grant, who has lived there for 10 years.

Valerie Jamie has lived here for about 14 years, and said she's already starting to pack just in case.

"We're not very happy, my kids are very upset, worried that we're going to lose the home they grew up in, I told them no no don't worry about it, we'll figure it out," said Jamie.

Over the past two weeks Grant, Jaime, and nearly 400 of their neighbors have been served with lawsuit papers. Marc Pollack, a lawyer representing JB Mortgage, said they've filed a declaratory action, meaning they want the judge to decide if there is still a lien on the property.

According to the lawsuit, Georgetown ISD filed a foreclosure suit on the property, but since the government-owned asset management company Resolution Trust Corporation (RTC) didn't officially approve, JB Mortgage claims the transaction was null and void.

In the lawsuit, JB Mortgage claims the homeowners owe the initial loan of $5.2 million dollars, plus the 10 percent compounding interest, making the total more than $60 million dollars.

Now the homeowners are contacting their title companies, and hope the insurance will pay the debt.

The lawsuit states title insurance companies issued statements during that time, and that if a foreclosure took place on a property in which the FDIC or RTC had interest, then consent must be in the file for the policy to be issued without exceptions.

While many of the homeowners have title insurance, there are some people who own their home free and clear. The lawyer for JB Mortgage said in those cases they will try to work with those homeowners individually to get it resolved.